Walking with our Young People

A Mental Health project in the Clifton Diocese

In 2018 the Clifton Diocese applied to the Catholic Bishops’ Conference of England and Wales’ Mental Health Project small grants scheme. We were awarded £4,400 for our ‘Walking with young people’ project. The Bishops’ Conference Mental Health project originates from the ‘Day for Life’ celebrated annually by the Church. This project contributes to our Diocesan celebrations in June 2018.

With this funding, we are holding two 2-day training courses, again with Mental Health First Aid for England. We are inviting School Chaplains and pastoral leads for the first course looking at Mental Health in a formal education setting. The second 2-day course is aimed at Parish Youth Workers and Confirmation Catechists and will enable them to spot the signs of poor mental health, how to support those young people and where to sign-post them for extra support and care. The final 1-day course is aimed at those working in Higher Education Chaplaincy. This is a bespoke course highlight the separate issues encountered by students and those who work with them.

Our project take place in June 2018 with a simple questionnaire sent to participants before-hand to assess their level of understanding around the Mental Health of young people and their own confidence is supporting young people.

To follow-up our work we will be assessing the impact of the project by asking each participant to articulate a story of a young person who they have encountered and how their training has given them the tools and confidence to support them.

Each group presented an outline of their project and asked for constructive feedback. The day ended with Bishop Moth wishing each project well and leading us in prayer.

During June 2018 over 35 people in the Clifton Diocese were trained as Mental Health First Aiders for young people. Using our generous grant from the Bishop’s Conference Mental Health Small Grants scheme, we facilitated one 2 day Youth course for Secondary School Chaplains and Pastoral Staff, one 1 day course for those working in Higher Education Chaplaincy, and another 2 day Youth course for those working with young people in our parishes.

Each course was facilitated by Peter Larkum, an expert Mental Health trainer and experienced youth worker. Peter works with Mental Health First Aid England and the training received is of the highest standard.

The feedback from each of the courses was extremely positive, with each participant being challenged to raise awareness of the mental health of young people, and being trained to spot the signs of poor mental health. Participants felt confident and skilled in how to deal with various situations they may encounter.

The next part of our ‘Walking with Young People’ project will be an opportunity for the participants to gather in the Autumn of 2018 for a residential experience that will focus on resource writing.

Dymphna was born in Ireland sometime in the seventh century to a pagan father and devout Christian mother. When she was fourteen, she consecrated herself to Christ and took a vow of chastity. Soon afterward, her mother died and her father – who had loved his wife deeply – began to suffer a rapid deterioration of his mental stability.

So unhinged was Dymphna’s father, Damon, that the King’s counselors suggested he remarry. Though he was still grieving for his wife, he agreed to remarry if a woman as beautiful as she could be found.

Damon sent messengers throughout his town and other lands to find woman of noble birth who resembled his wife and would be willing to marry him, but when none could be found, his evil advisors whispered sinful suggestions to marry his own daughter. So twisted were Damon’s thoughts that he recognized only his wife when he looked upon Dymphna, and so he consented to the arrangement.

When she heard of her father’s misguided plot, Dymphna fled her castle with her confessor, a priest named Gerebran, two trusted servants, and the king’s fool. The group sailed toward what is now called Belgium, and hid in the town of Geel.

Though it becomes uncertain what exactly happened next, the best-known version claims the group settled in Geel, where Dymphna built a hospital for the poor and sick, but in using her wealth, her father was able to discover her location.

When Damon found his daughter was in Belgium, he traveled to Geel and captured them. He ordered the priest’s head to be separated from his body and attempted to convince Dymphna to return to Ireland and marry him. When Dymphna refused, Damon became enraged and drew his sword. He struck Dymphna’s head from her shoulders and left her there. When she died, Dymphna was only fifteen-years-old. After her father left Geel, the residents collected both Dymphna and Gerebran’s remains and laid them to rest in a cave.

In defense of her purity, Dymphna received the crown of martyrdom around the year 620 and became known as the “Lily of Éire. In 1349, a church honoring St. Dymphna was built in Geel, and by 1480, so many pilgrims were arriving in need of treatment for mental ills, that the church was expanded. The expanded sanctuary was eventually overflowing again, leaving the townspeople to accept them into their homes, which began a tradition of care for the mentally ill that continues to this day.

Unfortunately, in the 15th century, the original St. Dymphna Church in Geel burned to the ground, and the magnificent Church of St. Dymphna was erected and consecrated in 1532, where it still stands above the location her body was originally buried. Many miracles have been proven to take place at her shrine in the church erected in her honor, and her remains were placed in a silver reliquary in the church. Some of her remains can also be found at the Shrine to Saint Dymphna in the United States.

Hear us, O God, Our Saviour, as we honor St. Dymphna, patron of those afflicted with mental and emotional illness. Help us to be inspired by her example and comforted by her merciful help. Amen. 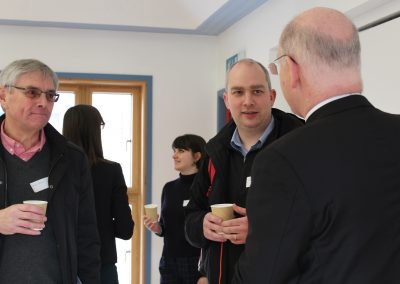 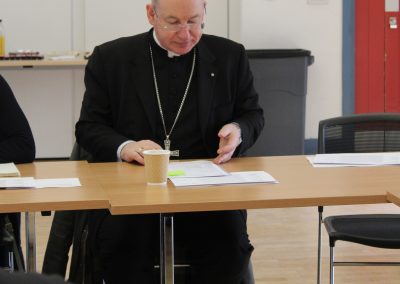 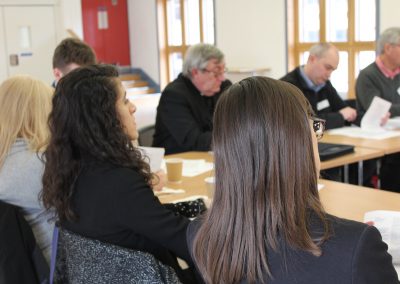 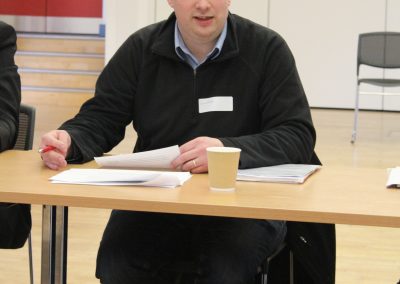 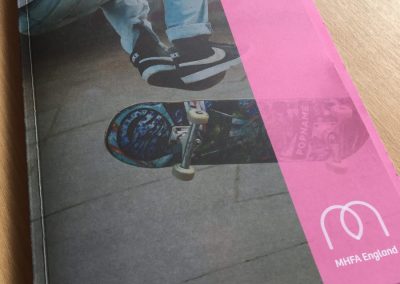 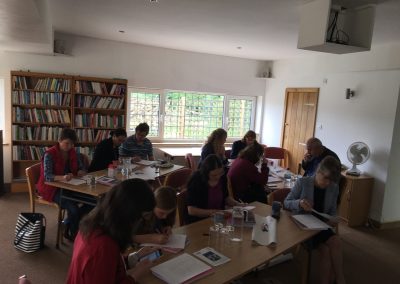 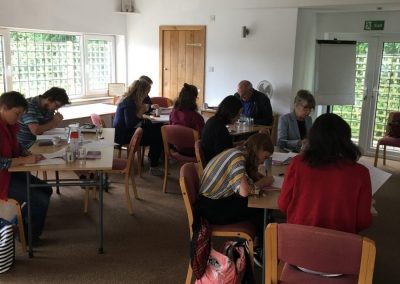 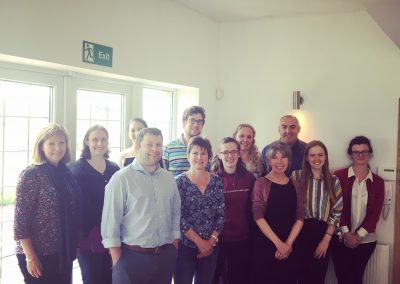 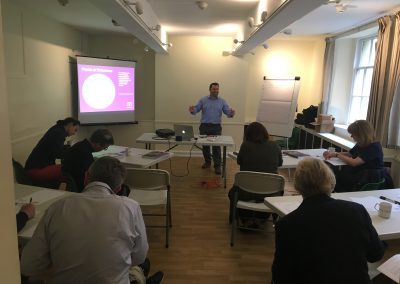 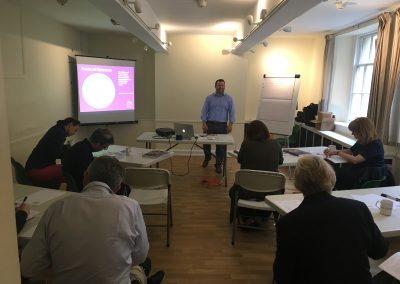 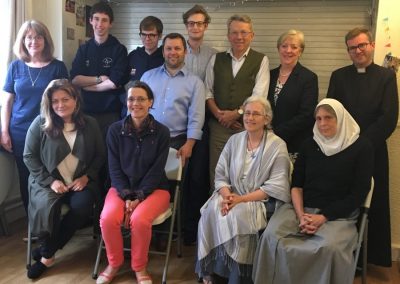 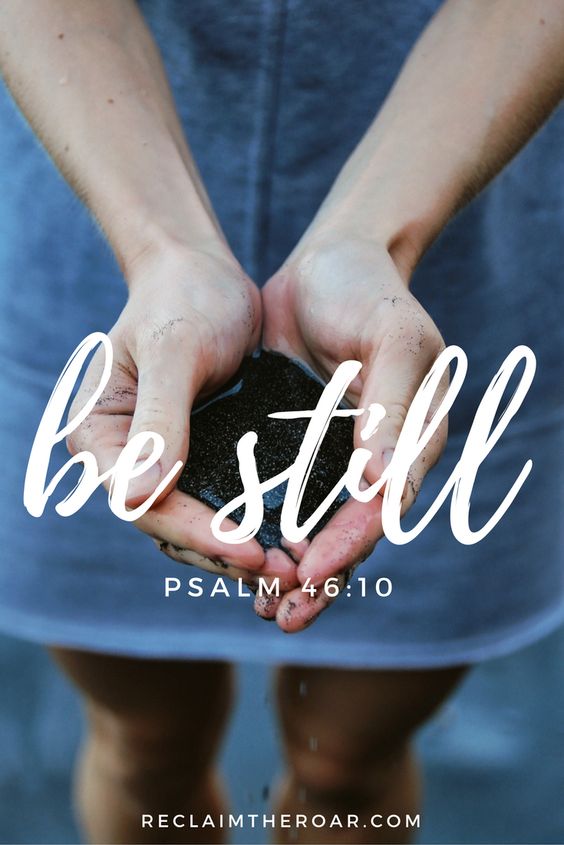 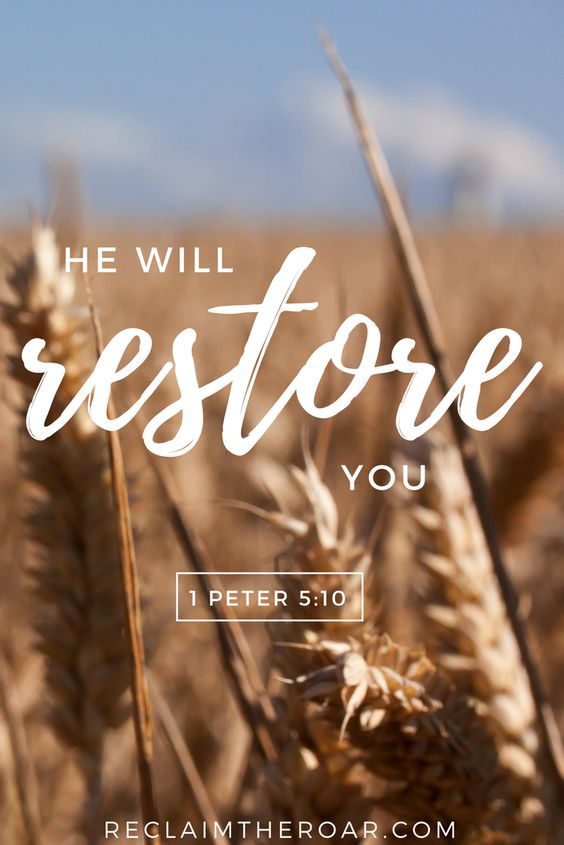 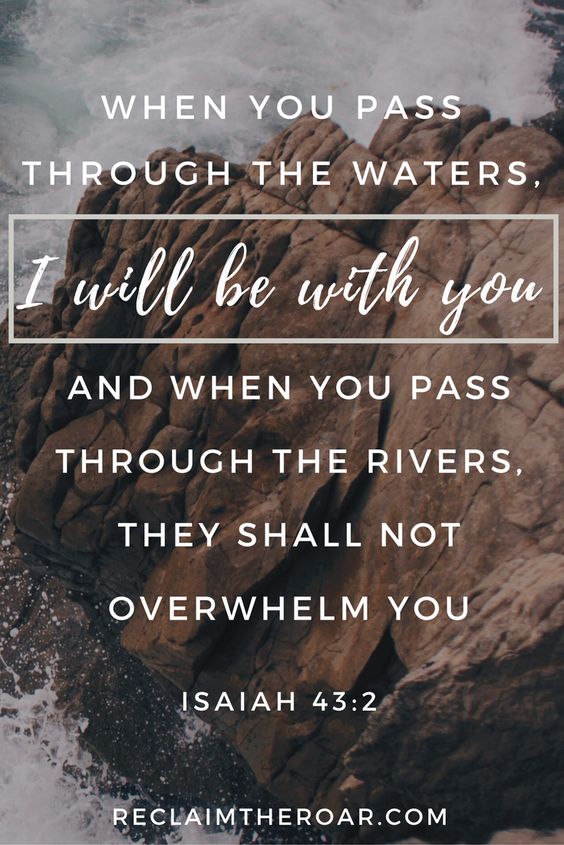 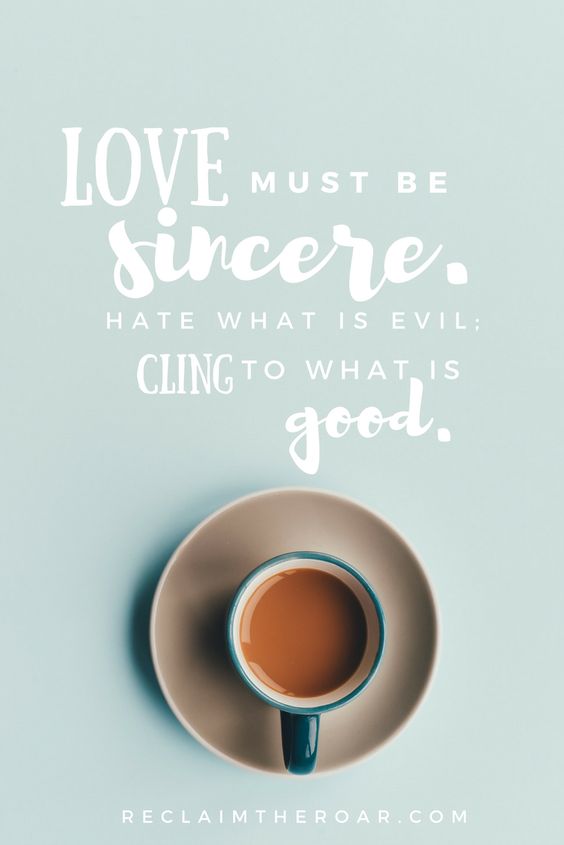 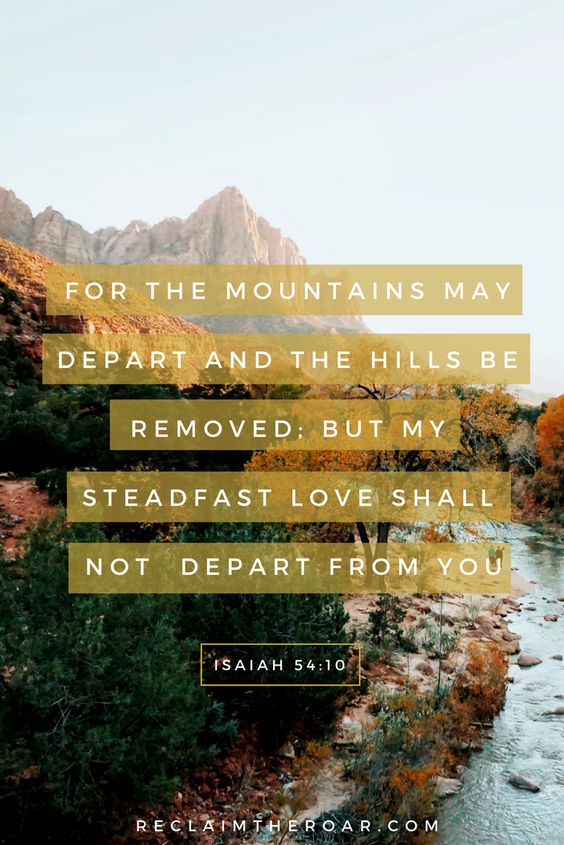 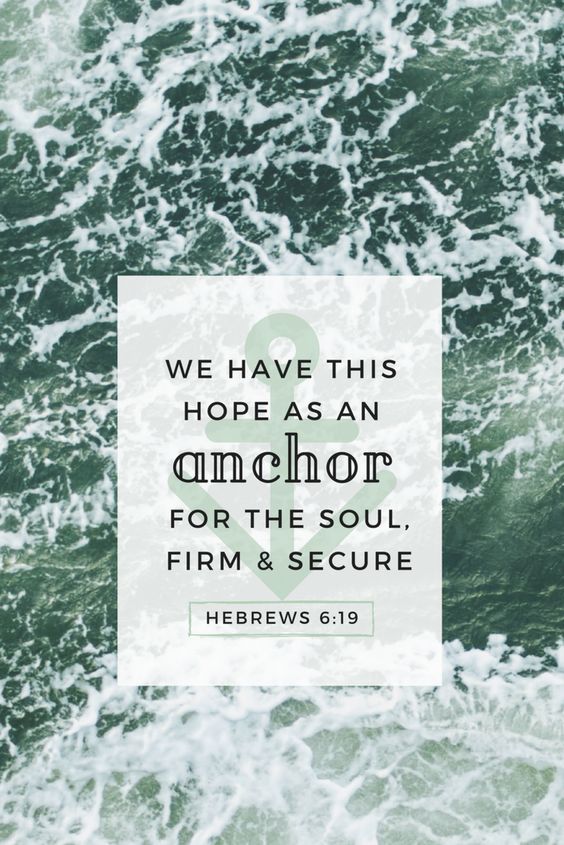 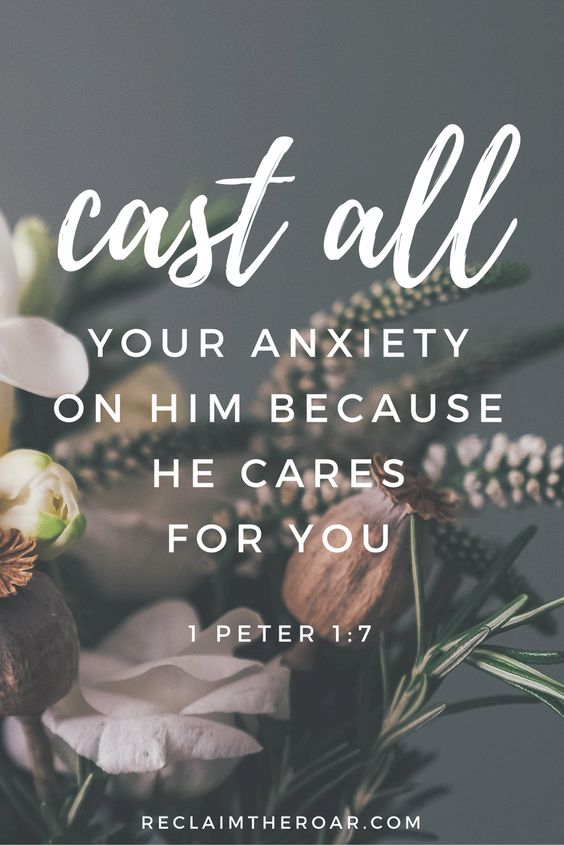 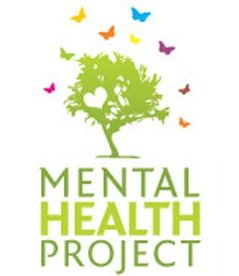