Friday 30th of November might have seen the beginning of the Christmas rush in Bristol but in the Cathedral, it was a different story. Over 900 young people responded to the Bishop’s call to become more involved in the work of Chaplaincy in their schools. Unfortunately, the Bishop was unable to be with us but Canon Bosco did an excellent job of representing the Bishop and we are all very grateful to him. Before the day itself pupils had been asked to think about how they had contributed to the Year of Mission. The session in the Cathedral began with pupils talking to each other and explaining the work they had been doing. A very visual aspect of this work was brought by the Camino Partnership. Earlier in the year this group of schools had worked with an artist to create special banners that represented their thoughts and work for mission. These provided an effective backdrop to some of the conversations taking place.  St Francis Nailsea pupils then spoke to the group about their work for the year of mission including the work for homeless people. Canon Bosco then had to face questioning from pupils from St John’s Trowbridge on The Year of Prayer. He talked about what prayer meant to him and how he thought pupils could respond to the challenges raised by this year.

During the formal part of their time together pupils listened to the word of God and then they renewed their commitment to chaplaincy  promising to try to be people of prayer, to try to be the people God wants them to be, to work for justice and peace, to look after the lonely, to care for God’s world and show by their actions what it means to try to follow Christ. Promises made they received their chaplaincy badges from canon Bosco.

Pupils from St Edwards school Melchet Court had made a special cross to become a focus for our year of prayer. The cross was made in the style of a Lampedusa Cross.  This was originally made by Francesco Tuccio a carpenter from the small Italian island of Lampedusa. When hundreds of refugees drowned off the coast of Lampedusa, he was moved to gather the driftwood from the wrecked boats and turn them into crosses, which he offered to survivors as a symbol of hope.  Canon Bosco used this symbol in his homily,   at the end of the service he said; “This cross is entrusted to you. As it moves round each of our schools in turn, I hope it will remind you that we need to work to bring justice and hope to our world, to remember that God walks with us, even in difficult times, and of our need to pray,”  The cross will over the next few months move around all the schools in the diocese becoming a focal point for prayer.

Also present at the service was Fr Gary Brassington representing Missio. Many of our schools had already taken part in fund raising activities for Missio and brought with them their cheques to give to Fr Gary at the service.

The pupils behaved impeccably were a great credit to their teachers and a sign of hope for the future of the church. We are grateful to St Thomas More pupils and staff who led our music. Thanks go to the Cathedral staff without whose help none of this would be possible, to all the staff who worked so hard supporting chaplaincy in schools and to the all the schools who contributed to the service. 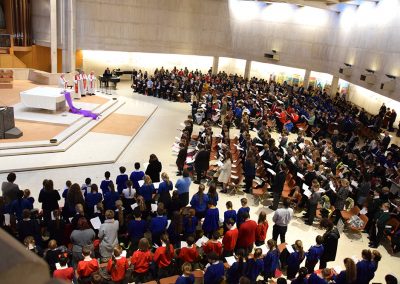 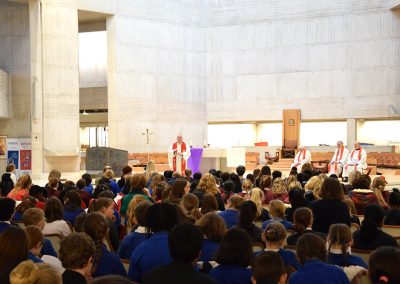 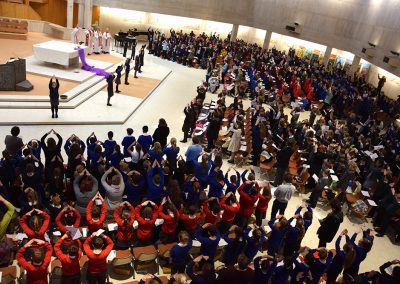 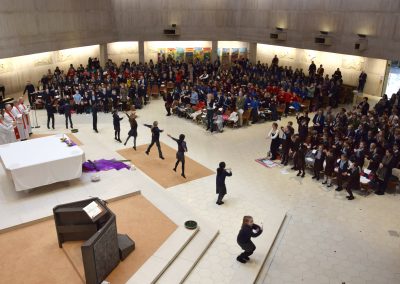 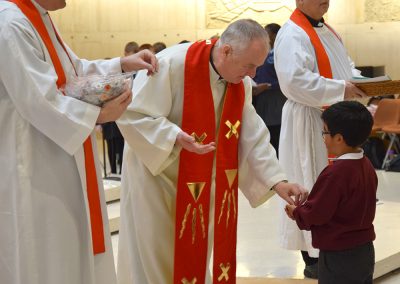 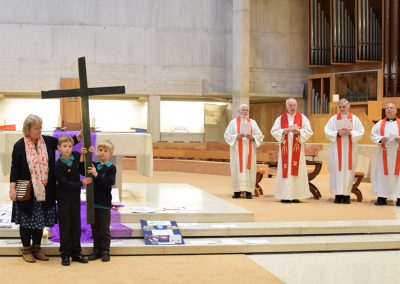 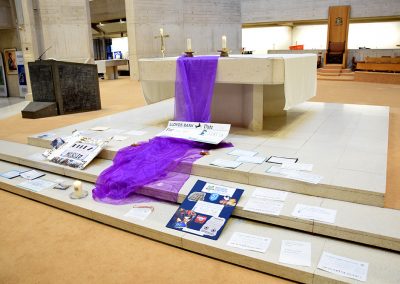 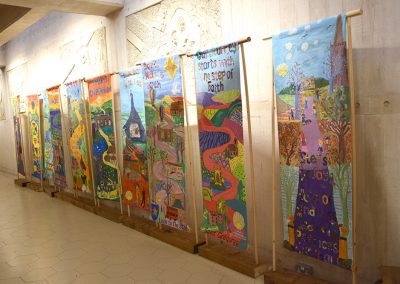 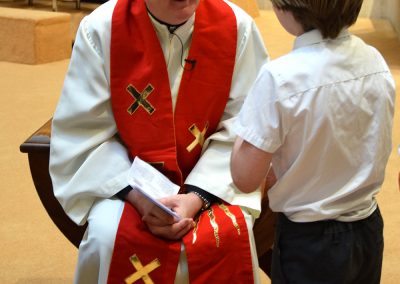 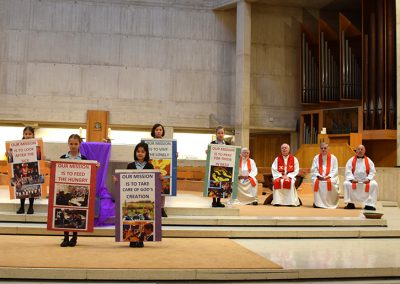 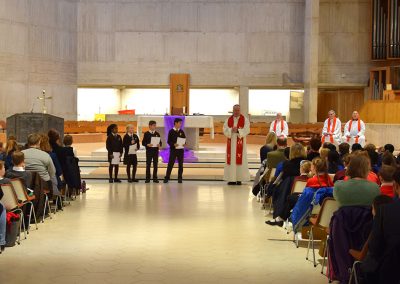 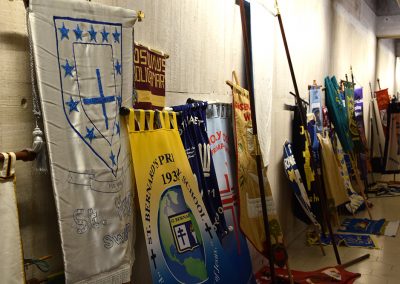