Pupils in Swindon star in their own film!

Pupils from Holy Family Catholic Primary School in Swindon were treated to their own red-carpet premiere at Cineworld in Regent Circus after being involved in making a short film.

Ten children from years four and five got to star in a five minute-long film about what makes school special.

The school invited Create Studios based at the Wyvern Theatre to visit and give lessons on how to use a camera and how to do voiceovers. They then spent two days filming the short movie and Create edited the footage and put together the film.

One of the children who took part in the movie said: “I was nervous to begin with, but it was amazing and exciting in the end. I loved being in the Create recording studio. It was a great experience and we feel very lucky to have been chosen to work so closely with the team.”

They got to watch the event for the first time with teachers, peers and their parents.

Teacher Eva Gilbert said: “It was such a wonderful opportunity for the children to be involved in the making of this video together with the Create team. It really shows what makes our school unique and that we are really one big family.” 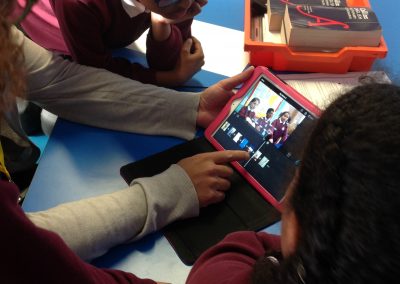 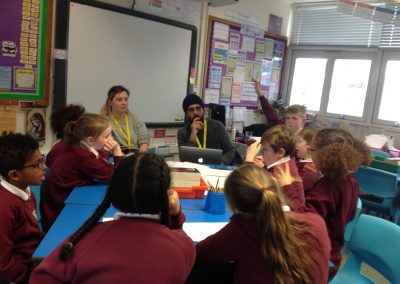 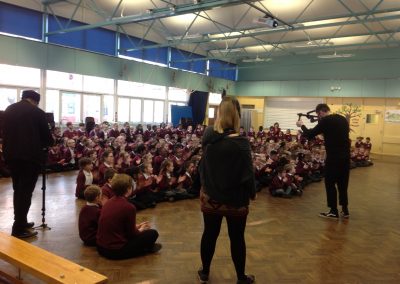 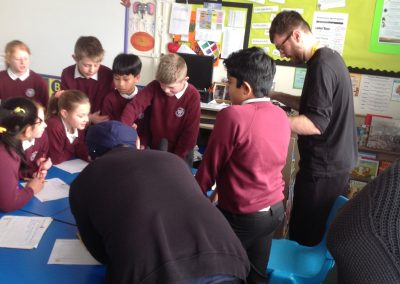