Shortly after the lockdown began our Diocesan Sixth Form College received some much- needed good news . St Brendan’s Sixth Form College were informed that their application for the Oscar Romero Award had been approved and they are now the proud recipients of the Participator Level Award.

‘ The Oscar Romero Award is a wonderful scheme- it awards schools and colleges for their commitment to Catholic Social Teaching and Justice and in accordance with the teachings of Saint Oscar Romero. For our college the application process was very affirming. Often it is easier to ponder on all the things which are not being done, but applying for the award gave us the chance to focus on the many positive things which are done in our college. Our Catholic mission has always been strong and this award has now encouraged us to strive to do even more.’

St Brendan’s Sixth Form College is one of only a handful of schools in the Clifton Diocese and to have achieved the award and is the first stand-alone sixth form in the country to do so.

‘Catholic sixth forms operate differently to Catholic schools so it was a pleasure to work with the Oscar Romero Award Trust to highlight the differences so that the award could be adapted slightly for the sixth form sector. Hopefully other Catholic sixth forms around the country and more Clifton Diocese schools will take up the opportunity to work towards this award’.

For more information on the award go to https://www.romeroaward.co.uk/ 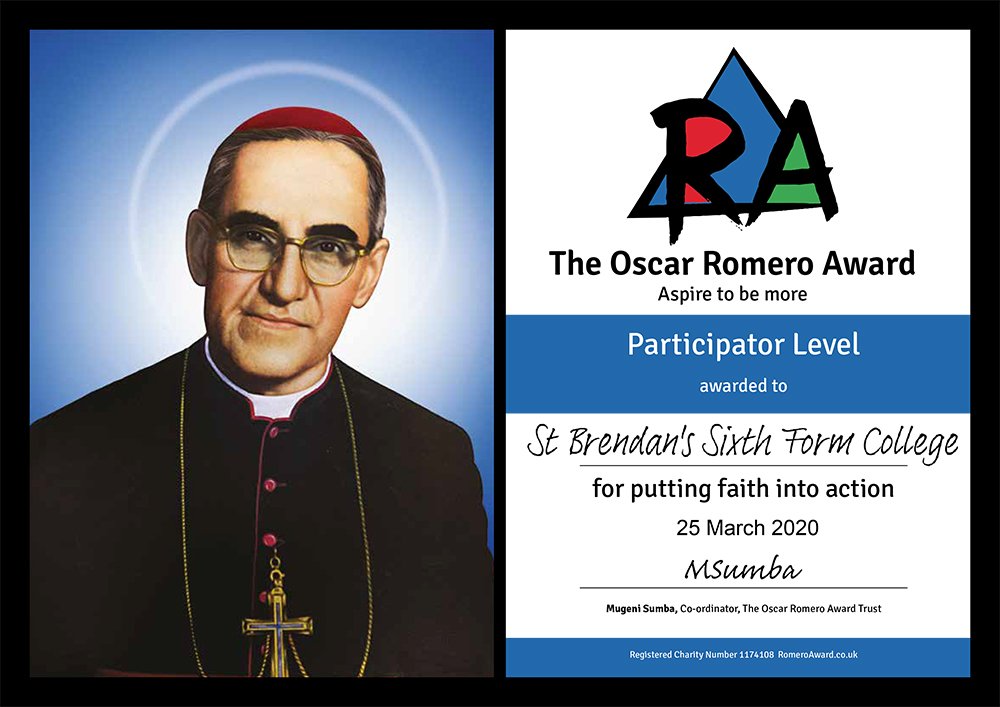