Last year saw the West Somerset Circle of the Catenian Association working with a group of six Clifton Diocese primary schools on a photography project and  this year the project continued with poetry.

There are seven Catholic primary schools in the Dunstan Partnership. Allan Paver, Chair of the Strategic Board of the Partnership, (and West Somerset Catenian Circle Provincial Councillor) was delighted that for this year’s project all seven took part: “I’m really pleased that all the schools are included this time and especially because all the Heads have agreed to include the poetry competition as part of the curriculum. All the children in all the Catholic primary schools in the Dunstan Partnership  have written a poem about “God’s Wonderful World.”

Dennis Barwell, Catenian Circle Vice-President, takes up the story. “Information about the poems and the Catenian competition were sent to all families. Each school selected their ‘representative best’ which we promised to put into a book.”

Poems and art-work were taken by Circle member Adrian Gamble to his factory in North Devon where his art department produced a book of very high quality. Copies of the book were donated for each school library, at a series of presentations held in the schools; children received a gift voucher and a certificate from the Catenians. Circle members were joined by Director Peter Holman who was very pleased by the progress of the Project. “It’s great to see the Catenian name being seen so widely. This is an idea which we are already planning to introduce in two more areas in Province 13.”

Helen Taylor, Executive Head of the Partnership, joined a recent West Somerset Circle meeting when, along with Allan and Dennis, she revealed the plans for the third year of the Project. 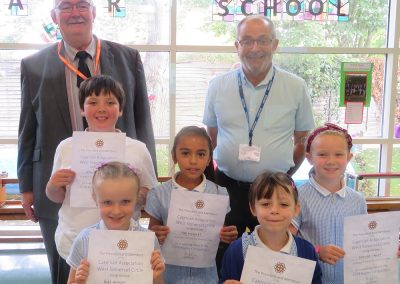 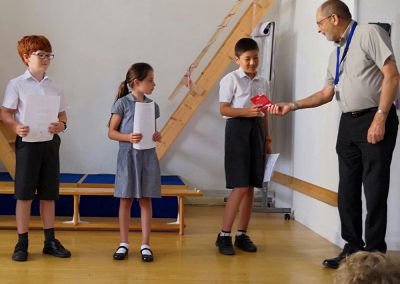 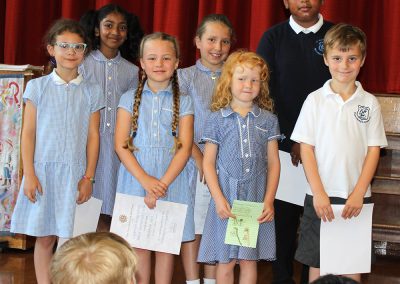 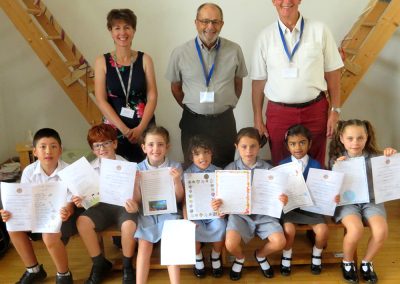