The church is crying out so the whole world awakens

Bristol’s ‘Our Common Home – creative responses’ day is Saturday, 8 February.  Centre-stage will be the Amazon Synod in Rome last October where scientists and bishops met the poor:  the biggest experts.  Held at St Nicholas of Tolentino Parish Hall, Bristol, it runs from 10.30am to 4pm.  It is hosted by Clifton Justice and Peace Commission for the National Justice and Peace Network.  Local organiser, Sue Ingham says: “This event responds to the climate emergency in light of the Amazon Synod and Pope Francis’s Laudato si’.” Keynote speaker is Vatican official Fr Augusto Zampini Davies – a Bath University alumni whose time living in Bath is recalled across Clifton Diocese.

Fr. Augusto’s role in Synod preparations was to study outcomes from 18 months of consultation across the countries through which the Amazon pours: Brazil, Peru, Colombia, Venezuela, Ecuador, Bolivia, Guyana, Suriname and French Guiana.  Listening to Amazon communities was central.  “Listening is not easy,” Fr Augusto says, “but if you listen to God, when you listen to the people of the Amazon, when you listen to the Earth, this is what you get.”

The world depends on the Synod’s outcome.  Indigenous peoples’ representatives, when thanking Pope Francis for calling the synod, sought solidarity for peace for their peoples, caring for their land and protecting its waters.  “The church is crying out so the whole world awakens,” hopes the president of the Congress of Amazonian Indigenous Organizations.

Impunity is one major threat: see Case Study: BELOW.

Brazil’s Pastoral Land Commission is part of the Catholic Church.  It records rural violence across Brazil.  In the Brazilian Amazon, over 300 people have been killed since 2009 in retaliation for protecting land, water, forests and other resources.  Perpetrators—mainly illegal loggers, evidence suggests— rarely face justice.  This is due, largely, to the failure by police to conduct proper investigations.  I n several cases, police investigators did not visit the crime scene, even when deaths occurred in urban centres with local police stations ; in several other cases, there was no autopsy. That impunity threatens the planet.  So does t he invasion of Brazil’s indigenous lands by foreign companies involved in extraction—and in polluting air and water.

Details of the Saturday, 8 February event (including directions) are on the NJPN website 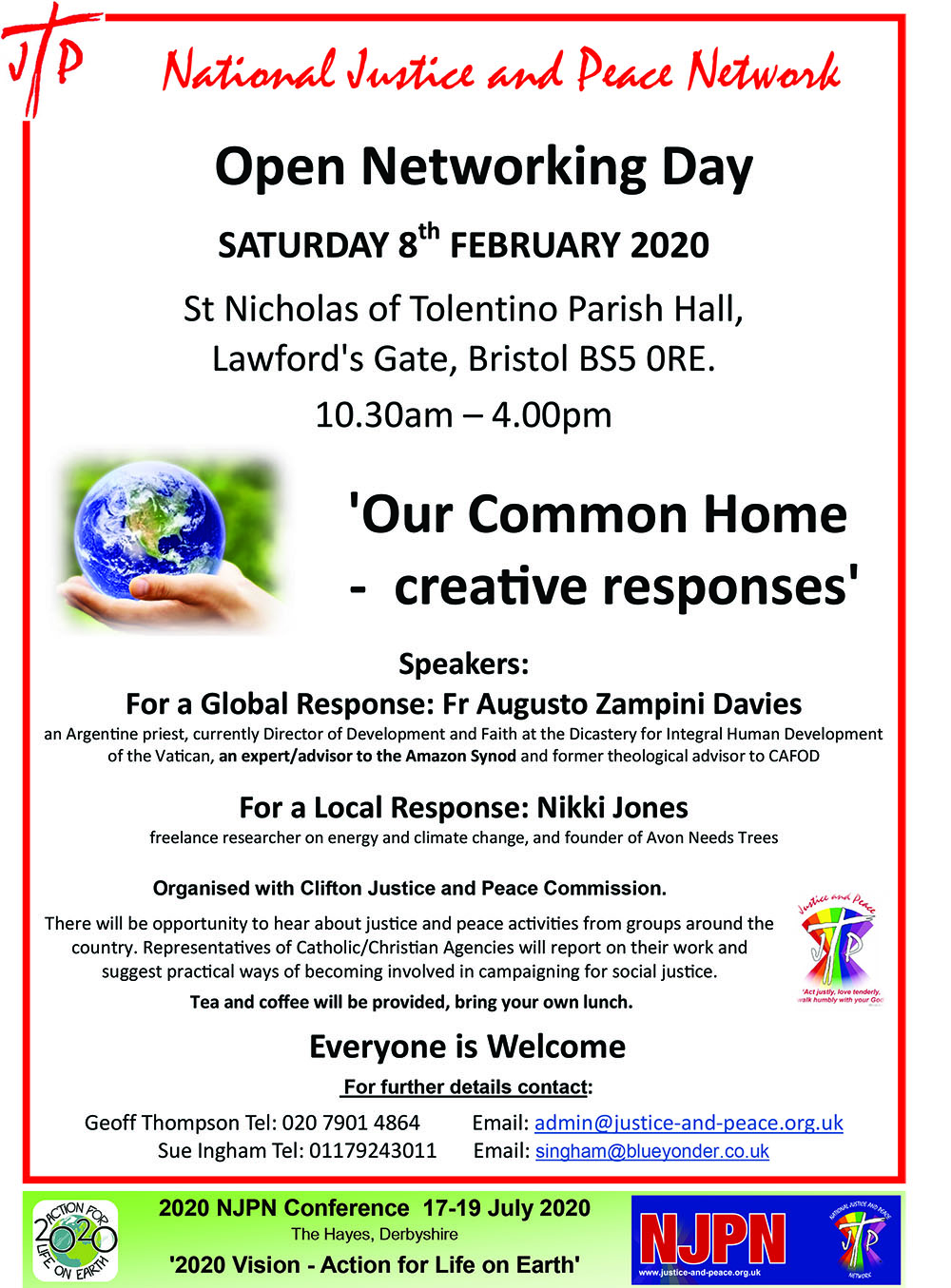 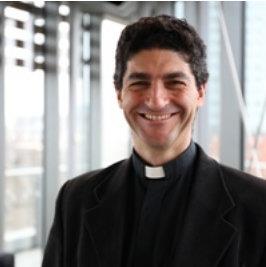 Fr Augusto Zampini Davies
Fr Augusto is an Argentine priest from the Diocese of San Isidro, Buenos Aires. He is currently working as Director of Development and Faith at the Dicastery for Integral Human Development of the Vatican.
The former theological adviser to CAFOD, he is an Honorary Fellow at Durham University, Roehampton University, and Stellenbosh University. Trained as a lawyer and moral theologian in Argentina, he holds a Masters in Wellbeing and Human Development (University of Bath, 2009-10), a PhD in Theology (Roehampton University, London’ 2010-2014), and has been a post-doctoral research fellow at Margaret Beaufort Institute, University of Cambridge (2013-2014). Fr Augusto has been lecturing on theology, Christian ethics and human rights since 2004 and is a member of multiple teaching societies. His area of research is social ethics and he has conducted research on environmental ethics in the light of the Catholic tradition.
Fr Augusto has also been a contributor to mainstream and Catholic media on matters pertaining to Pope Francis, Catholic Social Teaching, and social Catholicism more generally.
As a priest, Augusto most recently served at Holy Apostles, Archdiocese of Westminster, London and as an ad-hoc adviser to Cardinal Vincent Nichols on environmental issues. Fr Augusto previously served as an assistant priest and chaplain in different parishes and institutions in Argentina, many of them located in the poorest neighbourhoods of Greater Buenos Aires.

(6): Grandparents for a Safe Earth: https://network23.org/gfase/