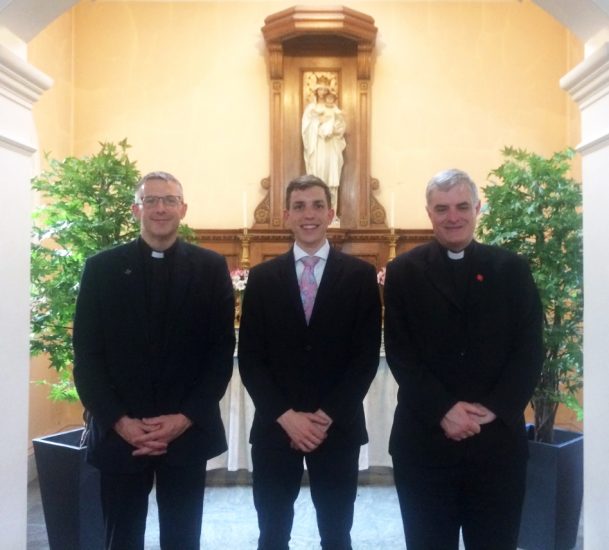 On Thursday 27th June, Thomas Lawes, one of our Clifton Diocese seminarians, completed the end of his fifth year of seminary formation with a special celebration. Thomas was admitted as a Candidate for Holy Orders. This means, God-willing, that he will be ordained as a deacon later this year and priest next year.

Thomas was admitted to Candidacy by Archbishop Kevin McDonald, formerly of Southwark Diocese. The special Mass of the Sacred Heart was celebrated in St John’s chapel in the seminary at Wonersh. Five other men in Thomas’ year were also admitted as candidates.

Fr Matt Anscombe, Vocations Director for Clifton Diocese was at the Mass, along with Fr Gary Brassington, who hosted Thomas last year on a 9 month placement at Holy Family, Swindon. Fr Matt said:

“It is great to see Thomas one further step towards Ordination. The prayers of so many people in the diocese are really important and we are starting to see fruit from this faithfulness.”