The pilgrimage from Downside Abbey and Clifton Diocese continues in hot and sunny Israel. Today was a very early start – departure at 6am for Mass at the altar next to Calvary at 7am, before an opportunity to venerate the site of the crucifixion and the tomb of the resurrection – many pilgrims were very moved by this, and appreciated the early start to ensure we were there before the great crowds moved in. We also prayed the Stations of the Cross on the Via Dolorosa, carrying our own cross, and visited Abbey of the Dormition, a beautiful German Benedictine monastery, and the neighbouring David‘s Tomb synagogue, ending at St Peter in Gallicantu, believed by many to be the place where Jesus was imprisoned before the trial before Caiaphas. A full day, and very worthwhile. Everyone has their own high points, and the group is getting on well. Now there is some time to relax in Bethlehem before supper! 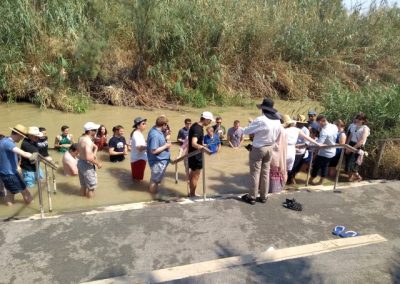 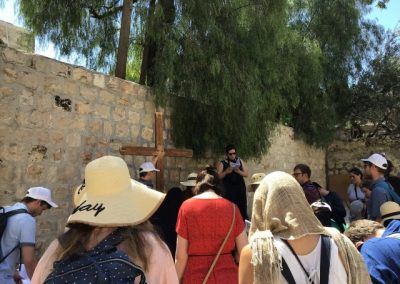 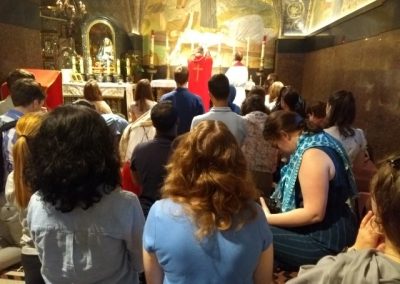 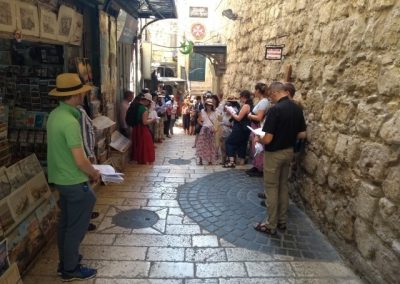 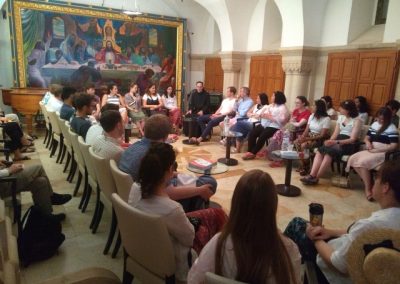 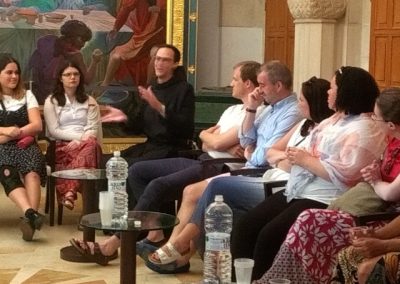 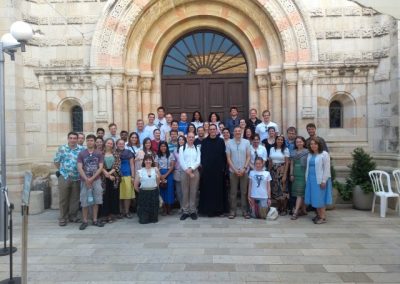 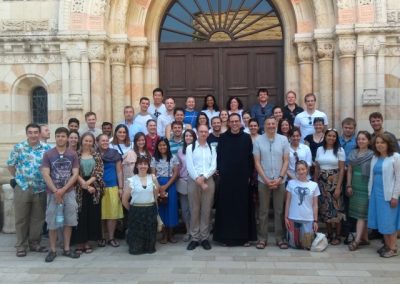